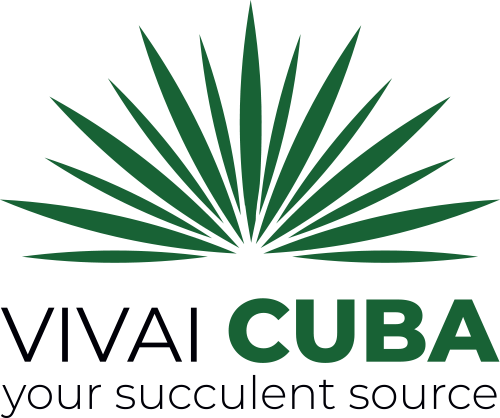 Vivai Cuba was founded in the Sixties by the lawyer-turned-grower Antonino Palermo, whose initial passion for roses and bulbs evolved into a life-long experimentation with exotic plants. From Strelitzia’s to Kentia’s, to cycads and palms, the nursery grew and diversified its production for almost twenty years before encountering cacti in the Eighties. While exploring new avenues in water-wise garden design - a must, in dry south-east Sicily - the nursery increasingly expanded its interest in and knowledge about succulents, sourcing and sowing its first seeds of Euphorbia’s, Agave’s and Aloe’s, Dasilirion’s, Yucca’s and widening its variety of cultivated cacti.

Production as well as research have intensified looking for more quality and consistency. Today, Vivai Cuba is firmly established as one of the most assorted succulent source in Europe and beyond. It grows plants from its own seeds, in pots and fields,. It supplies rooted as well as bare-root plants to wholesalers, retailers, architects, landscapers, garden designers, interior designers, and event planners internationally. And it advances a water-wise, succulent plant culture that is fit for the new circumstances of a rapidly changing planet.

Vivai Cuba grows succulents out of passion, but also sees their diffusion, and the diffusion of a water-wise plant culture, as an objective and a mission.

Succulent design can provide avenues to climate change adaptation, particularly in already water-stressed areas of the Mediterranean, while promoting new forms of aesthetic delight and beauty for gardens and spaces. Also growing succulents from seed is an effective way to protect biodiversity at a distance, by growing species whose habitats are being degraded or disrupted, and by making available rare and/or large plants that would otherwise risk being sourced from the wild.

With the intention to diffuse a culture on xerophiles plants, Vivai Cuba has established a two-hectares succulent garden, where we welcome anyone interested in meeting and getting to know the plants that best and most beautifully can teach us endurance, adaptability, resilience and sustainability.